"Decoding the US- Latin American World of International Politics and Media" 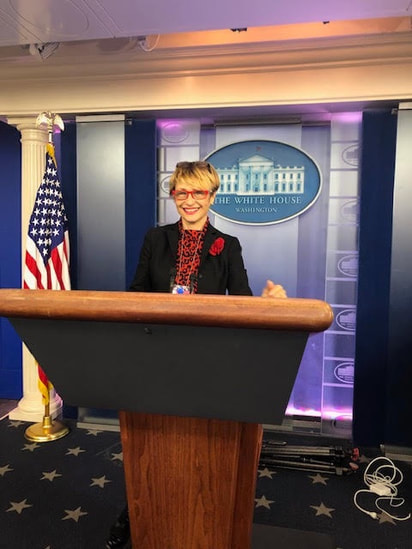 I am a  Columnist, Consultant, Communications strategist, Political analyst, ommentator and press contributor.
Founder and CEO of Schott International Consulting, a US- Latin America research and Consulting firm headquartered in Washington, D.C. focus on government affaires and communications.
Regular commentator on Venezuelan politics  multilateral relations for CCTV, Al Jazeera, TRT, Fox News, Interamerican Defense College, National War College,National Public Radio, George Washington University and ITESO- Guadalajara- Mexico, among others.
My articles has been published in OSV Weekly, German Press Agency, Selecta Magazine -Panama- and Diario Las Americas.
With more than 20 years of experience in the public, the private sector and the Venezuelan Foreign Service, my areas of expertise are: International Politics and Media.

I arrived in Washington in 2002 as US Correspondent for Globovision Venezuela, at a time when there were significant political differences between the US and Venezuela and the rhetoric was becoming increasingly inflammatory.
I was considered one of the most influential shapers of public opinion in matters related to Venezuela and US-Venezuelan relations.

I covered Venezuelan issues from the White House, State Department, Capitol Hill and multilateral bodies such as the Organization of American States,
I had the opportunity to research and produce news stories and content for US- Latin American audiences during assignments with TV2 Norway, Deutsche Welle, DPA, and Selecta Magazine Panama,Caracol, RCN, NTN24 TV and LaW, Blu Radio, of Colombia and Diario Las Americas.

I began my career as a Public Opinion Analyst at the Planning and Communications Department at the Venezuelan Information Ministry as part of a pilot investigation unit, responsible for producing, weekly and monthly reports on the importance of Government communication strategies on public opinion. The findings were used to design communication policies.

​Awarded with a Hanns Seidel Foundation scholarship to study in Munich, Germany between 2000-2001- where I had the opportunity to continue research and investigation on political integration, democracy, international institutions, failing states , rule of law and the role of the media in political crisis.
after my master's dissertation on " The Violence in Colombia: Venezuela and the International Responsibility was " Publication distinguish.
​
Familiar with the multicultural environment thanks my Peruvian- German roots born a raised in Venezuela, I performed from 1982 to 1993, representative tasks and outreach activities for the Venezuelan Foreign Service during assignments in The Netherlands, Poland, Panama, Germany and The Russian Federation.